The final part of my kitchen tour is about things I've picked up along the way which I love. 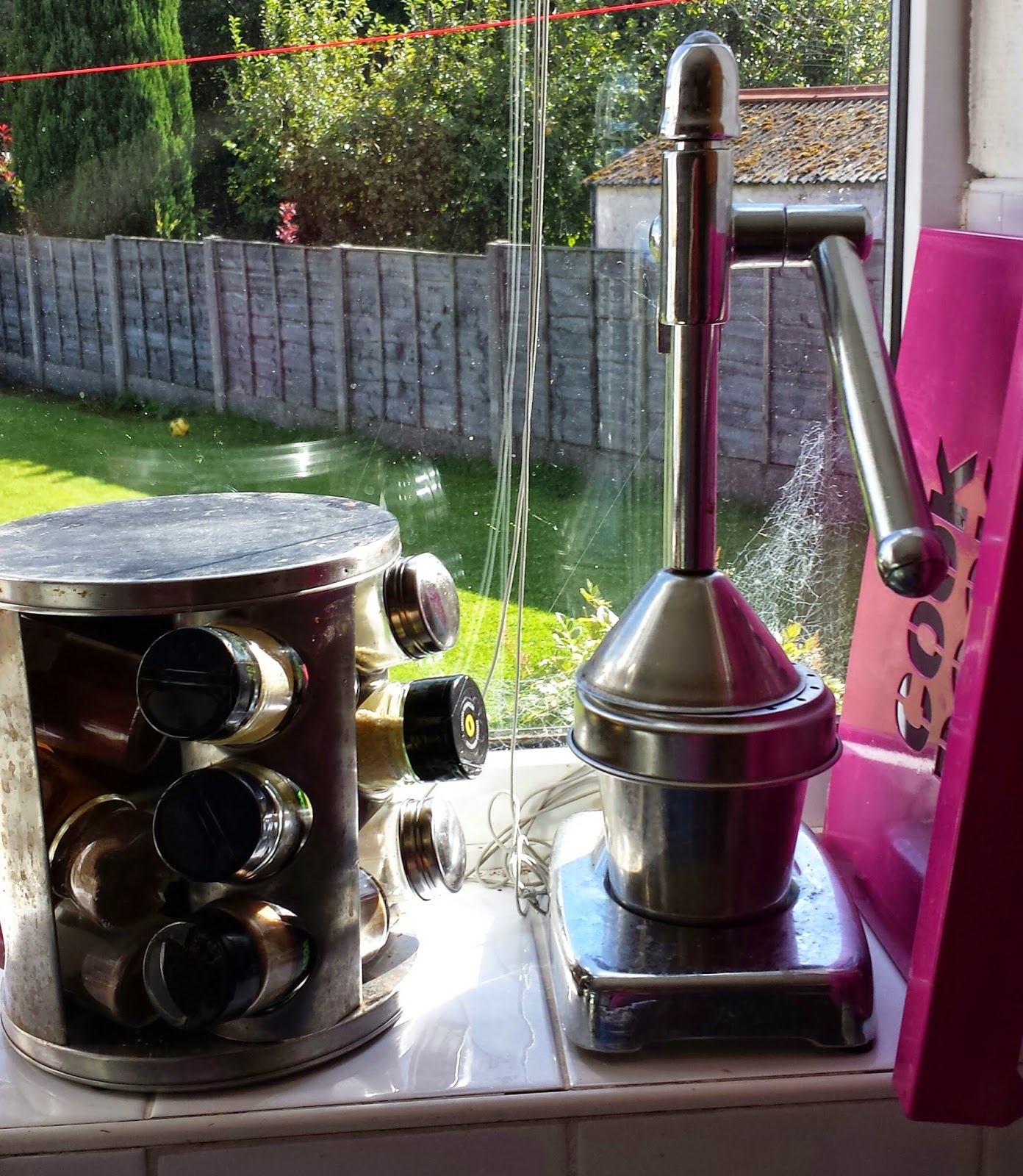 On my windowsill is another spice rack (I have one near the cooker, and I also store more spices dotted around my kitchen- one of my kitchen ambitions is to have a spice cupboard!) which The Boy bought me as a birthday present. The thing in the middle, I think is some kind of juicer, it's never been used but I just like it. It belonged to my Dad but I stole it! The pink cookbook stand is a present of The Boy's older brother and his wife after they must have saw me admiring theirs. Please note the spiders web is on the OUTSIDE of the window. We really need a window cleaner!

When it isn't the festive season, I like to have my hot beverages in non-festive mugs. At the moment, these are my favorites. The cat one was just a random gift from a friend who saw it and bought it because he knew I'd love it. The Wizard of Oz one (There's No Place Like Home) was  Christmas present and the one on the right is The Boys, he was given it as a present but he doesn't do hot drinks (except the occasional hot chocolate) so I acquired it. When you pour in a hot drink pac man characters appear!

I bought these as a set of six in Ikea in 2009(?). The other two had penguins on them, which broke. Unfortunately Ikea no longer sell them but I love them, I adore elephants and daisies are one of my favourite flowers. 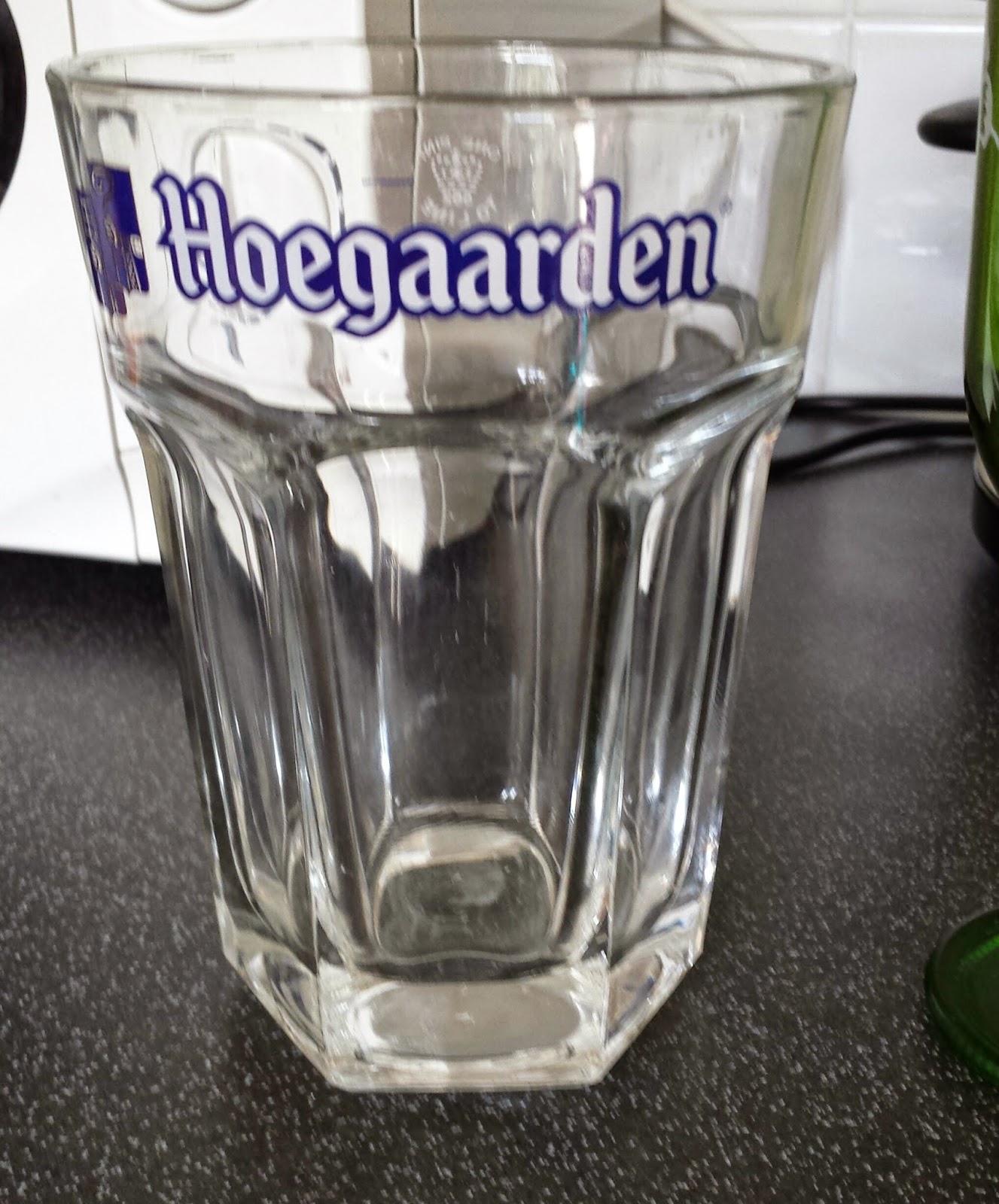 When I first moved out in 2007 the first place I lived was a flat in Chorlton. This Hoegaarden glass had been left by a previous tenant who had got it from a pub that was closing down. When our Landlord decided to sell up and I moved out, I took this with me. We also have a smaller one which is identical but was in use at the time I took this photo. They are huge and heavy, and I love them. 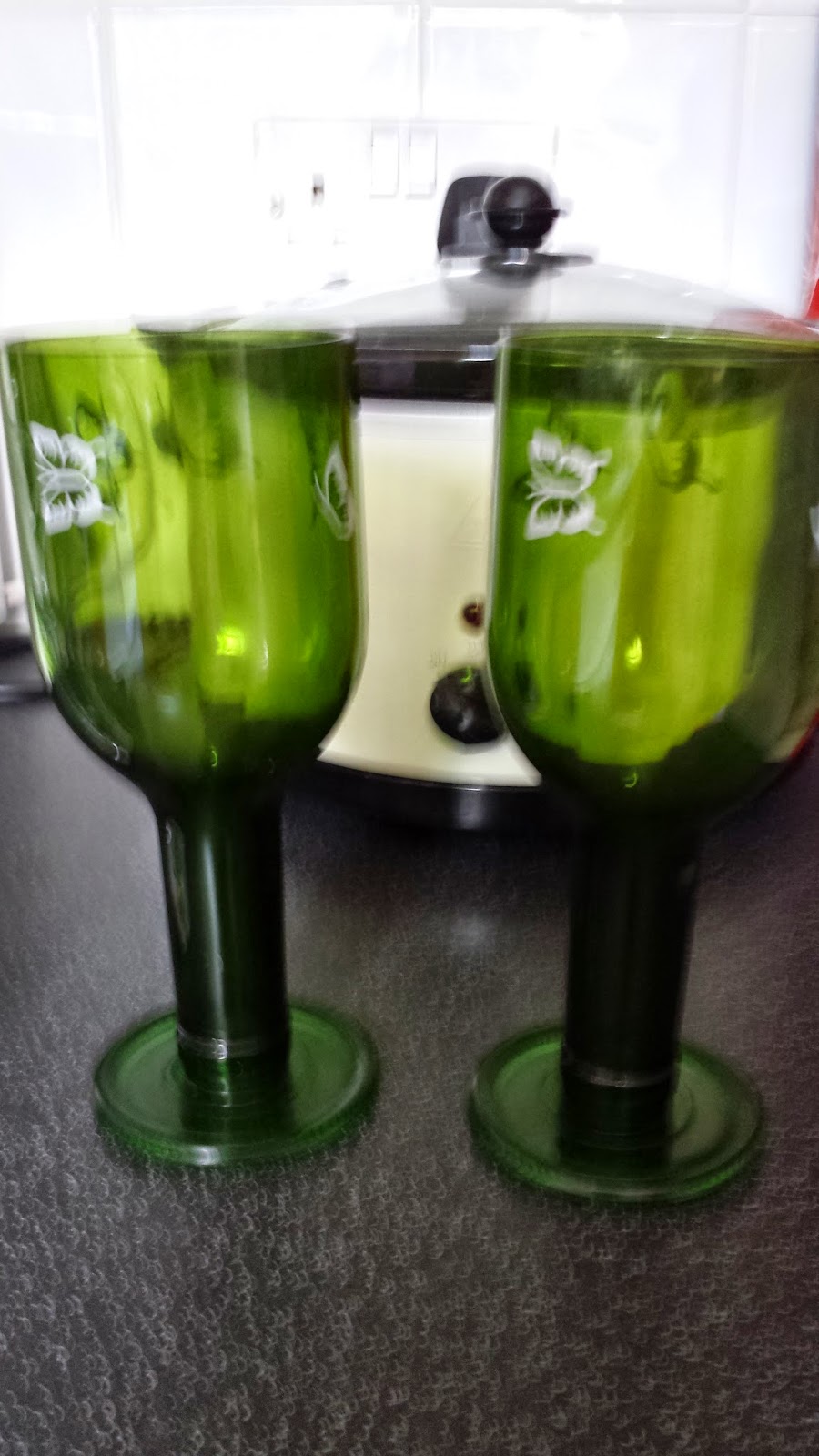 These large wine glasses were an anniversary gift from The Boy. He bought them from MOSI in Manchester and they are beer bottles that have been recycled into wine glass. As the stem is the bottle neck, they can hold quite a large about of wine!

Most of my plates are boring, so I never took picture of where we keep them.  However these small plates (or toast plates as I call them) I love. The Mr Men plates are from Wilkinsons I think, however I don't know how they came into my possession. I'm a huge Friends fan, a different tenant from the flatshare mentioned previously, left this plate, which of course, I took with me! 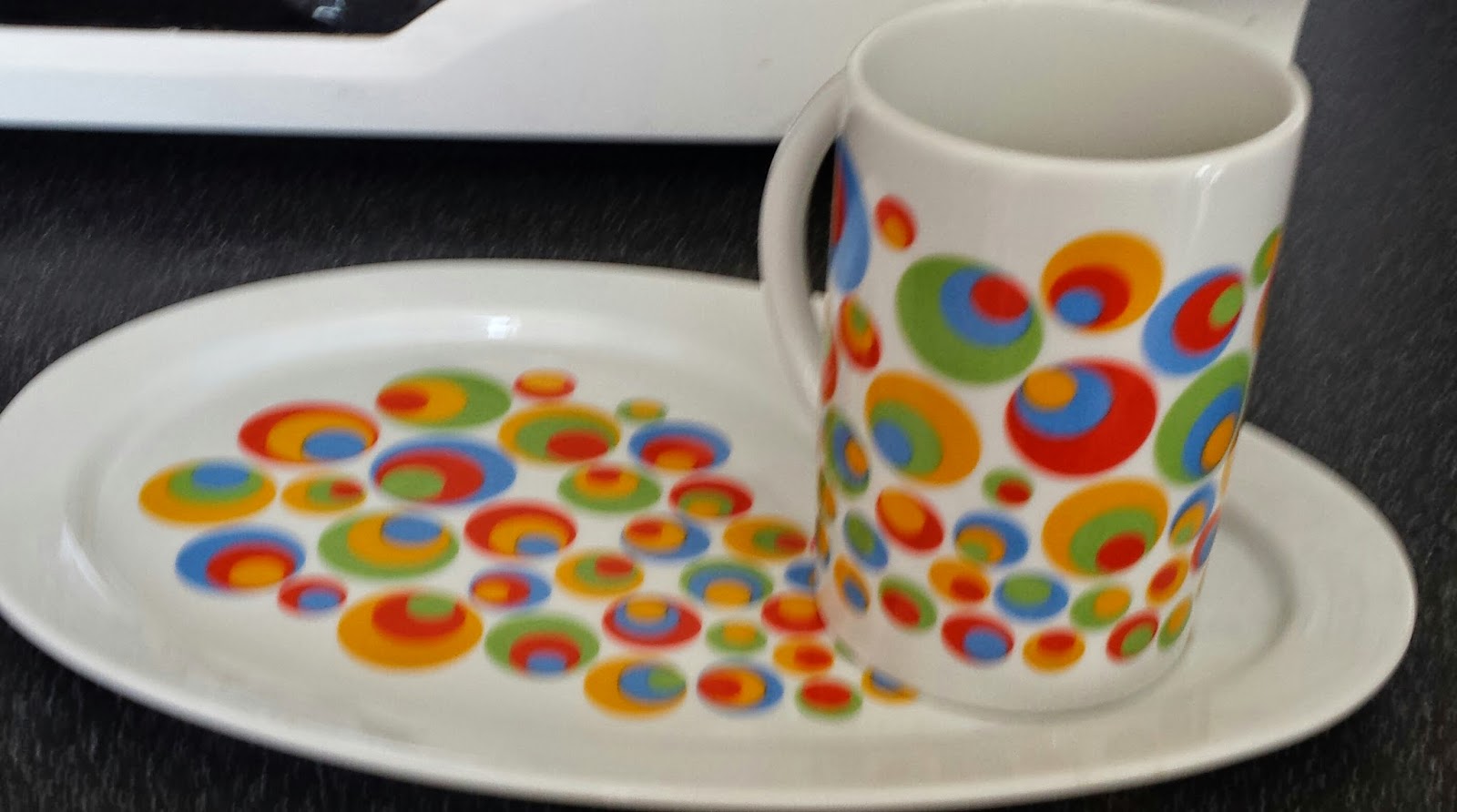 At my work, we work with a German company on a lot of IT projects and at Christmas they give colleagues they work with a mug as a gift and they alway have different designs each year.  Sadly they have never given me a mug but a work colleague had loads and let me take one. She also gave me two plates that match. They're a fab shape for biscuits and a brew/milk.

Well, this concludes my kitchen tour, I hope you've enjoyed having a nosey around my kitchen.
Posted by Unknown at 23:51